The Power of Power Hour

Quick announcement to start - Final call for anyone wanting to join the 390 students in the first live cohort of my new course, the Part-Time YouTuber Academy. You'll get to learn from me personally 3 times a week for 4 weeks. Enrolment was meant to close yesterday but we had some backend issues so we've extended it another 24h for people who got locked out yesterday. Click here to find out more about the course.

This week I want to share a tactic I've started using on the advice of my productivity coach (yep, I recently got one of those). It's called the Power Hour.

In the world of productivity, there's a concept called the Eisenhower Matrix. It looks something like this: 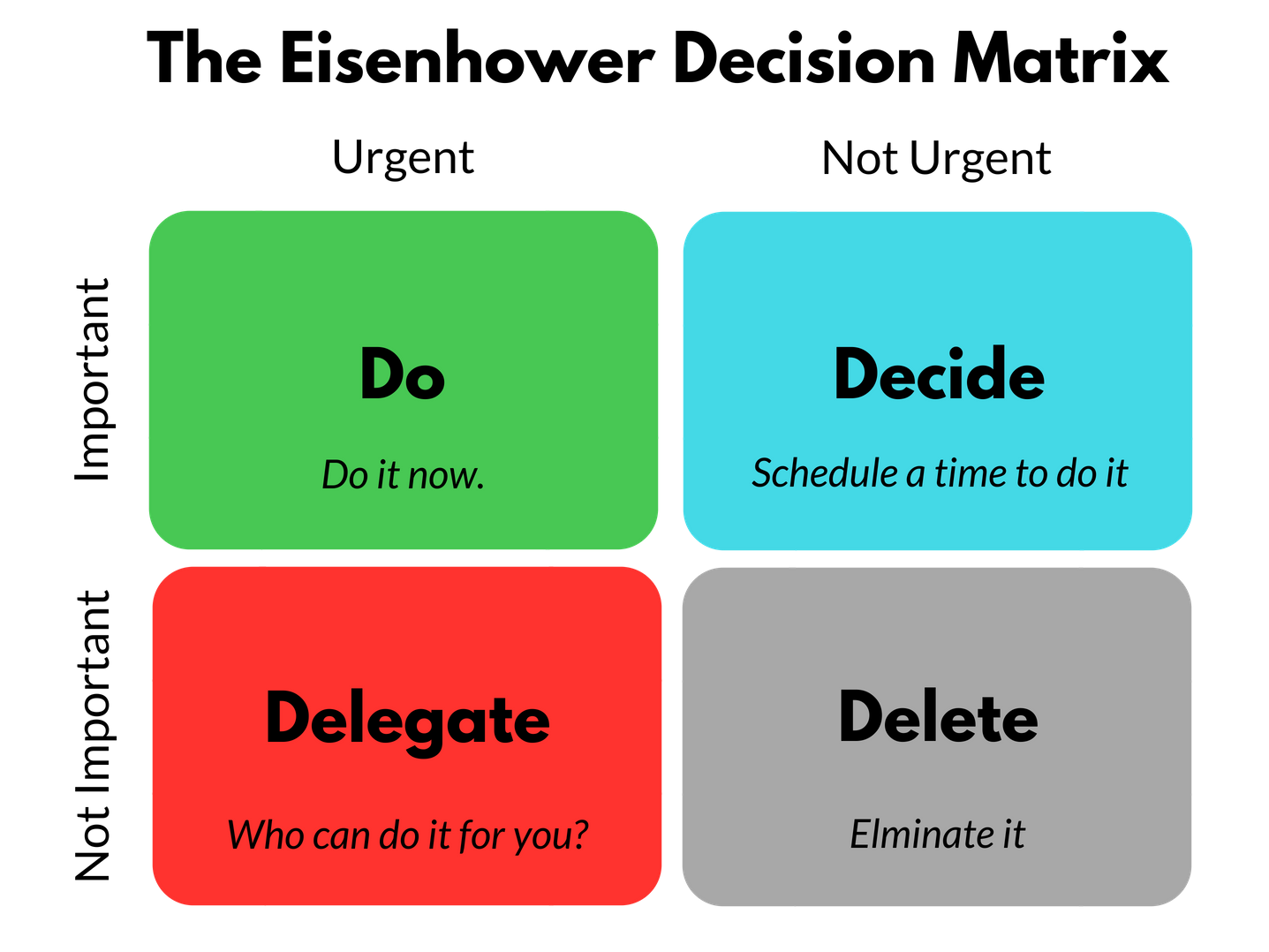 The issue here is the work that fits into the blue "Important but Not Urgent" category. I've got a few different projects in that category, but I've been making very little progress on those, because there's always stuff in the "Important and Urgent" category that takes my attention first.

Recently I've started this thing called Power Hour, which involves spending an hour in the morning, before checking any emails or notifications, straight after breakfast and coffee, to exclusively work on the "Important but not Urgent" stuff.

So in that hour, even if I've got a sponsored video deadline for the following day, I'm not allowed to do anything that's urgent. Only the stuff that's important, but that doesn't have a looming deadline.

This has been game-changing. Since starting this 2 weeks ago I've made so much progress on an exciting new project - I'll tell you more about that next week. And because the stuff that's urgent always gets done anyway, I haven't let any truly urgent things fall through the cracks.

I'm super excited about doing this daily Power Hour for the next few weeks and seeing how it works out - I'll report back and let you know.

Have a great week!

My Favourite Thing This Week

Book - I started relistening to the first book of the Mistborn trilogy by Brandon Sanderson this week. It's SO GOOD. I first read the series in 2017 - it was my first introduction to Sanderson's incredible writing, and he's since become my favourite author. It was also my first introduction to the expansive world of fantasy literature, which I've been exploring through books and audiobooks for the past 3 years. Revisiting the adventures of Kelsier and Vin has been a real pleasure, and I'm so excited to re-listen to the rest of the trilogy as well.

If you haven't read / listened to the Mistborn series, please do yourself a favour and start now. And if you need more convincing, here's a (very young) me from February 2018 gushing about the series in my first Monthly Favourites video when I had like 2,000 subscribers.

Quote of the Week

"The only way to find your voice is to use it. It’s hardwired, built into you. Talk about the things you love. Your voice will follow.”

From Show Your Work! by Austin Kleon. Resurfaced using Readwise.

i swear for many hours in a day, i’m intending to do some deep work and then i get stuck in a loop of twitter -> slack -> superhuman -> refresh twitter -> repeat. anyone else do this?